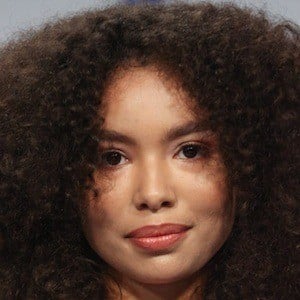 Known best for her role as Grace Blood on the third generation cast on E4's Skins. She plays the lead role in the Freeform series Recovery Road.

She completed A-levels at Gorseinon College in Spanish, French, and Drama before joining Skins in 2011.

She has also acted in films such as Split, Honeytrap and Lovers.

Her mother is Trinidadian with Afro-Hispanic and Chinese roots. Her father Steven is German and Estonian.

She was on E4's Skins, the first two generations of which started the careers of major film and television stars Nicholas Hoult, Dev Patel, Jack O'Connell, Joe Dempsie, and Kaya Scodelario.