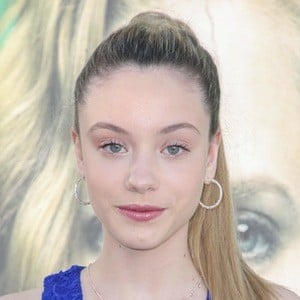 Actress who is known for her work in both feature films, in television, and in short films as well. She is most recognized for her role in the Nickelodeon show Alex & Me as well as for her recurring role as Natalie Keene in the 2018 HBO series Sharp Objects.

Her acting debut came in 2014 when she had a guest appearance in the series CSI: Crime Scene Investigation. After a short stint in short films and in Criminal Minds, she made her feature film debut in the 2017 film Talentik.

She has earned sponsorship and representation from several different talent agencies and firms including Treadwell Entertainment, MAD Talent Agency, and Platform Public Relations.

She posted a photo with her older sister to Instagram in December of 2016.

She starred alongside Taylor John Smith and Amy Adams in the 2018 HBO series Sharp Objects.

Jessica Treska Is A Member Of