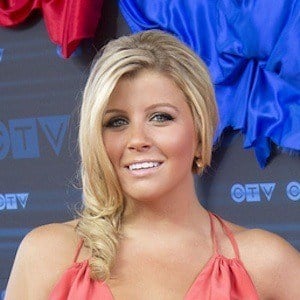 Canadian actress who became known for her role as Jenna Middleton on the teen series Degrassi: The Next Generation.

She became a fan of Degrassi when she was only twelve years old. Four years later, at the age of sixteen, she joined the show's cast.

She developed her talents for guitar and dance at the same time that she pursued her television acting career.

She was born in Toronto and grew up with an older sister named Courtney. She frequently posts photos on Instagram with her boyfriend.

Jessica Tyler Is A Member Of