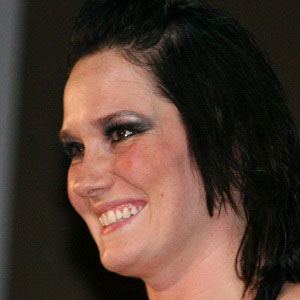 Professional wrestler also known simply as Havok who became a two-time Women Superstars Uncensored Champion. In 2014, she made her debut for Total Nonstop Action Wrestling, where was crowned TNA Knockout Champion.

She was born in Massillon, Ohio and got her start in promotions like Cleveland All-Pro Wrestling and Ohio Championship wrestling.

She was ranked fourth on Pro Wrestling Illustrated's list of the fifty best female singles wrestlers in 2013.

Her birth name is Jessica Cricks. On June 20th, 2021, her 35th birthday, she got engaged to fellow Impact wrestler Sami Callihan.

She and Angelina Love have both been TNA Knockout Champions.

Jessicka Havok Is A Member Of