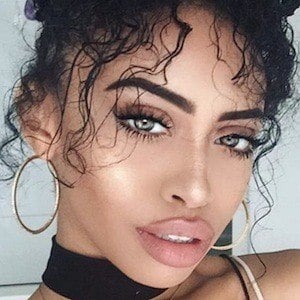 Social media superstar best known for her Instagram account of more than 70,000 dedicated fans. She's gained popularity as a "catfishing" victim, her images and identity often used to deceive people on social media.

She has done extensive modeling work and has walked the runway for designers like Donna Mizani.

She has a younger brother and three sisters.

She was interviewed by Catfish hosts Nev Schulman and Max Joseph after her photos were used in a catfishing scam.

Jessie Morrison Is A Member Of