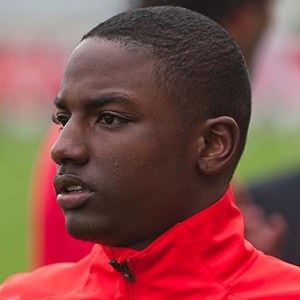 Left back who has risen to international acclaim for his career playing for top flight clubs around the world, including for PSV Eindhoven in the Dutch Eredivisie between 2011-2017. He became the youngest UEFA Euro player upon his debut for the Netherlands at the 2012 tournament.

He played his youth soccer for Sparta Rotterdam. He debuted for the club's senior squad in 2010.

He helped Eintracht Frankfurt win the 2017-2018 German Cup. He won his second Eredivisie title with PSV Eindhoven in 2016.

His father's name is Quincy.

He and Gelson Fernandes have played as teammates for Eintracht Frankfurt.

Jetro Willems Is A Member Of