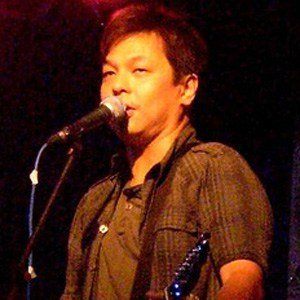 Singer and guitarist who was the frontman for the Filipino band The Dawn, as well as the Jett Pangan Group.

He started singing in grade school.

He also became acclaimed for his work in musical theater and for his voiceover work in such anime shows as BECK: Mongolian Chop Squad and Voltes V.

He married his wife Beth in 1992, with whom he had two children.

He was inspired by Jimi Hendrix.

Jett Pangan Is A Member Of