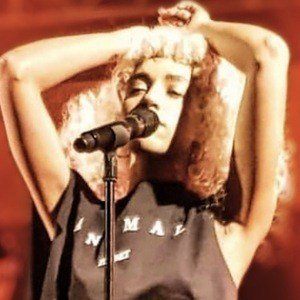 English electro-pop singer best known for critically acclaimed singles like "Feels Like Coming Home" and "I'd Love to Change the World." She has also appeared on stage with CeeLo Green.

She was born in Liverpool and got her start as a backup singer for Paloma Faith.

Rolling Stone magazine named her as one of the 10 New Artists You Need to Know in March 2014.

Her real name is Jetta John-Hartley. Her mother was a singer in the quartet Sense of Sound.

Her 2014 EP "Crescendo" was produced by Pharrell Williams.

Jetta Is A Member Of