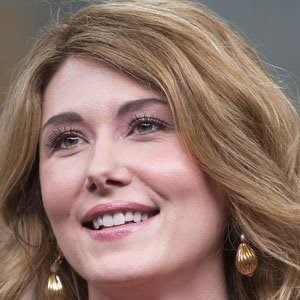 Played Kaylee on the sci-fi series Firefly alongside Gina Torres. She also had a major role on Stargate Atlantis from 2007 to 2009.

She played Catalina in Space Cases.

She played Raquel in the TV series The L.A. Complex.

She married Matthew Kevin Anderson in 2003 but they divorced in 2011. In 2015, she and her then-fiancee Charlie Ritchie welcomed a son named Wilder. She and Ritchie got married on July 23, 2016.

She appeared in Serenity with Alan Tudyk.

Jewel Staite Is A Member Of