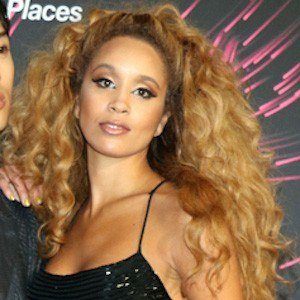 Musician and actress known as comprising one half of the musical duo Lion Babe. The duo released their first single, "Treat Me Like Fire," in 2012.

She studied dance at The New School in New York City. She initially met her bandmate at a college dorm party after he introduced himself to her.

Following the success of their initial single, she and her partner, Lucas Goodman, were signed to Interscope Records. They then released their debut, self-titled album in 2014.

She is the daughter of dancer and pop singer Vanessa Williams.

Jillian Hervey Is A Member Of