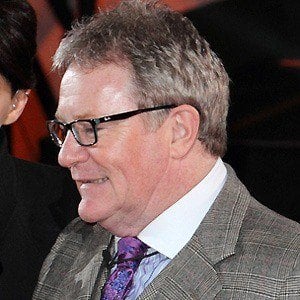 Award-winning comic known for his offensive brand of humor, with jokes about minorities and the disabled. He is best known for hosting the British game show Big Break from 1991 to 2002.

He had a series of odd jobs while performing comedy gigs around London. He eventually went on to win New Faces, a British television talent show, in the late 1970's.

In 2013 he was arrested at London's Heathrow airport, in connection to a wide-ranging sexual abuse investigation.

He was married five times, including to Alison Holloway, the presenter of Sky World News Tonight. He has three sons named Fred, Cameron and Charlie and two daughters named Elsie and Sarah.

He starred alongside John Malkovich in the film Colour Me Kubrick, which played at the prestigious Tribeca Film Festival in New York.

Jim Davidson Is A Member Of