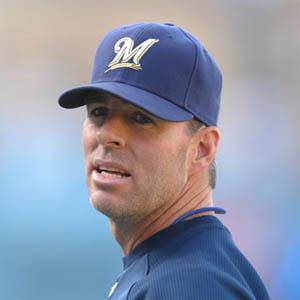 MLB center fielder and prolific hitter also known as "Jimmy Baseball" who won the Gold Glove award an astounding 8 times. In 2013 he became a broadcaster for Fox Sports Midwest.

He made his MLB debut on September 9, 1993 for the California Angels.

In Game 6 of the 2004 NLCS, he blasted an extra-inning home run off of Dan Miceli, and sent the Cardinals to game 7 of the series.

He was married to his second wife Allison Jayne Raski from 2008 until 2014. He married Meghan King in 2014. He has three daughters, Lauren, Sutton and Hayley, and three sons, Landon, Hart and Hayes.

He helped the St. Louis Cardinals win the World Series in 2006, the first title for the great Albert Pujols.

Jim Edmonds Is A Member Of