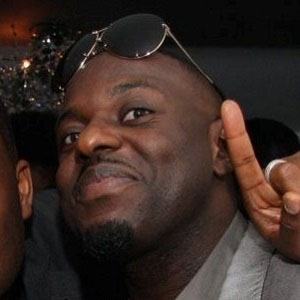 Notable for his roles in well over a hundred Nollywood films and video productions, this prominent Nigerian screen actor is perhaps best known for his portrayal of David in the 2012 thriller Last Flight to Abuja and for his starring role as Richard in the 2004 feature film Deadly Kiss 2.

Before beginning his acting career, he studied finance and philosophy at the University of Jos.

In the early 2000s, he launched both movie and music production companies and also founded a charity for children with disabilities.

Born James Ikechukwu Esomugha in Libreville, Gabon, he grew up with seven sisters in a family of Nigerian Igbo heritage. He has a son named Harvis.

He had a romantic relationship with Ghanaian screen star Nadia Buari.

Jim Iyke Is A Member Of