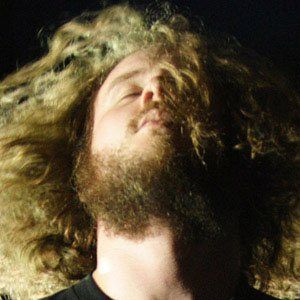 He was the bass guitarist and vocalist for Month of Sundays, formed with his high school classmates.

He gave My Morning Jacket its signature sound on many of the group's top singles.

He grew up in Louisville, Kentucky.

In 2009 he released an album of George Harrison covers, dedicating the proceeds to the Woodstock Farm Animal Sanctuary.

Jim James Is A Member Of