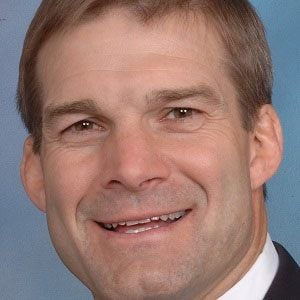 Republican politician who began serving in 2007 as a United States Representative from the fourth congressional district of Ohio. Previously, he had served in both the Ohio House of Representatives and the Ohio Senate.

After graduating from the University of Wisconsin-Madison, he received a graduate degree in education from Ohio State University. He later studied law at Capital University.

He began serving on the Ohio General Assembly in 1994.

He settled in Champaign County, Ohio with his wife and four children.

He and fellow Republican Tim Schaffer both served in the Ohio Senate.

Jim Jordan Is A Member Of