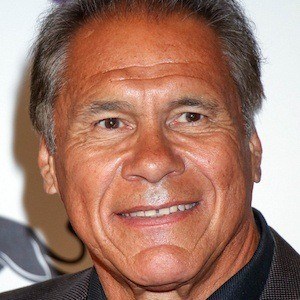 He attended Stanford University where he received the Heisman Trophy in 1970.

After the NFL, he became a radio commentator for the Raiders post-game shows.

In college, he beat out Joe Montana for quarterback of the year honors.

Jim Plunkett Is A Member Of