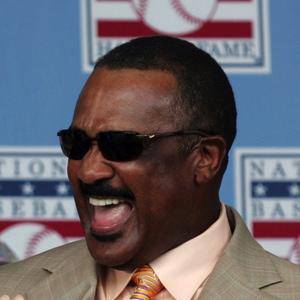 8-time MLB All-Star who was named American League Most Valuable Player in 1978. He spent his entire 16-year career with the Boston Red Sox, compiling 2,452 hits with a batting average of .298.

He led the Pawtucket Red Sox to the Junior World Series title in 1973.

He and his wife Corine had two children together, Carissa and Chancey.

He continued the streak of Hall of Fame players who starred in left field for the Boston Red Sox that began with the legendary Ted Williams.

Jim Rice Is A Member Of