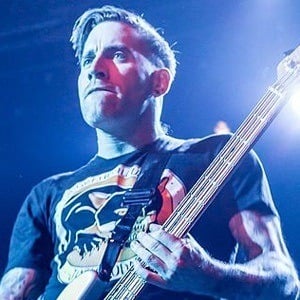 Bassist and backing vocalist for the hardcore punk band The Ghost Inside led by Jonathan Vigil. Joining the band in 2009, they would go on to release the albums Returners, Get What You Give, and Dear Youth.

The Ghost Inside originally formed in 2004 as A Dying Dream. Soon after, however, the name was changed to what they are known by now.

A runner, he joined Quad Boston 2017, a charity marathon to benefit victims of addiction.

He has two sisters, Bel and Jacqui.

In The Ghost Inside, he has performed alongside lead vocalist Jonathan Vigil and rhythm guitarist Chris Davis.

Jim Riley Is A Member Of