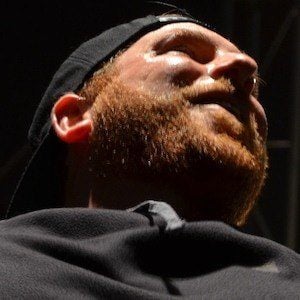 Vocalist most famous for being the frontman of the American metalcore band The Ghost Inside, who have found success with albums like 2014's Dear Youth. He is also the owner of the clothing brand Right Minded Apparel.

He originally formed The Ghost Inside, then called A Dying Dream, with Ryan Romero, Josh Navarro, Anthony Rivera and Tyler Watamanuk in 2004.

He runs a Twitch account and has been known to stream the game Hearthstone: Heroes of Warcraft.

His brother Ryan passed away in 2010. The Ghost Inside's 2012 album Get What You Give is dedicated to Ryan's memory. He began a relationship with a girl named Kimberly.

The Ghost Inside's 2014 album Dear Youth was produced by A Day to Remember frontman Jeremy McKinnon.

Jonathan Vigil Is A Member Of