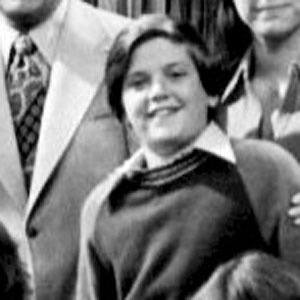 Actor who starred as Billy Tate on the sitcom Soap and the 1977 sequel The Bad News Bears in Breaking Training.

He was born in Brooklyn.

He appeared on episodes of popular TV shows, such as The Facts of Life, Love Boat, and Matlock.

His brother, Joey, and his cousins, Scott and Steven, also became actors.

His cousin is actor Scott Baio of Happy Days and Charles in Charge fame.

Jimmy Baio Is A Member Of