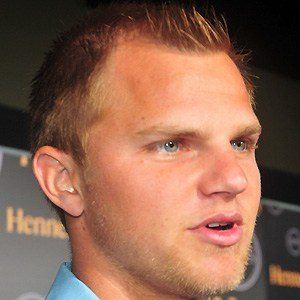 Quarterback who was drafted 48th overall by the Carolina Panthers in 2010.

He was named the Offensive Player of the year by USA Today, after his senior season at Oaks Christian High School.

He was a second-team All-America selection after his 2009 season at the University of Notre Dame.

He was raised with two brothers, Casey and Rick.

Jimmy Clausen Is A Member Of