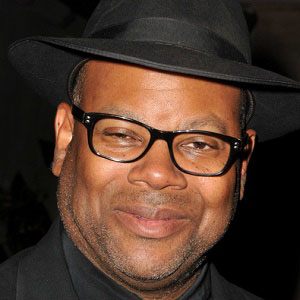 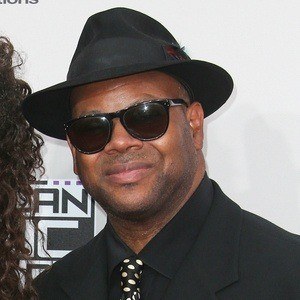 Music producer and songwriter who, along with producing partner Terry Lewis, became one of the most successful producers of all time. Together, he and Lewis became responsible for more Billboard Chart-topping singles than any producing team in music history, crafting hits like Janet Jackson's "Rhythm Nation" and Usher's "U Remind Me."

He first met Lewis while attending high school in Minneapolis, Minnesota. They later formed the band The Time, who got their big break as an opening act for Prince.

He earned more Grammy nominations for Producer of the Year than any producer in history, scoring 11 nominations from 1987 to 2006.

His father is famed jazz and blues musician Cornbread Harris. He married Lisa Padilla in 1994 and he has two children, Bella and Max.

He and Lewis won a Grammy for Best R&B Album for their work on Chaka Khan's 2007 album Funk This.

Jimmy Jam Is A Member Of