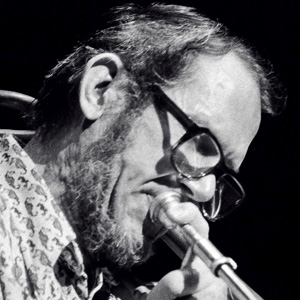 Versatile jazz trombonist who performed with Charles Mingus and other jazz greats.

He began performing in his mid teens, spending time with Charlie Barnet, Woody Herman, and Claude Thornhill before joining Mingus at age 30.

He performed with many bands over a career spanning decades, but his contribution to Mingus' The Clown and Tijuana Moods albums established his reputation for originality.

His wife Maxine was also a jazz musician, playing the trumpet.

Though creatively fulfilling, his stormy five-year collaboration with Charles Mingus ended after a disagreement over royalties erupted into Mingus's slapping him and breaking his tooth.

Jimmy Knepper Is A Member Of