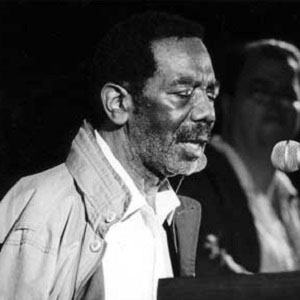 Famous for his work on the Hammond B-3 electric organ, this 20th-century jazz musician and leader of The Jimmy Smith Trio recorded over a hundred albums, many of them Billboard ranked, and was the 2005 recipient of the National Endowment for the Arts Jazz Masters Award.

A self-taught pianist, he won a boogie-woogie piano contest sponsored by a Philadelphia radio station when he was only nine years old. He later studied at both the Royal Hamilton College of Music and the Leo Ornstein School of Music.

His first Blue Note album, A New Sound... A New Star... Jimmy Smith at the Organ, Volume 1, was released in 1956, but it was another 1956 recording, The Champ, that launched him to stardom.

He spent his childhood in Norristown, Pennsylvania, and later lived in California and Arizona. His marriage to Lola Smith produced children named Jimmy, Jia, and Connie.