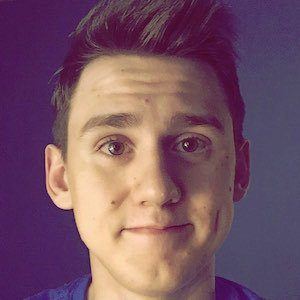 He swam competitively on a local swim team for two and a half years. He started his channel when he was 14 years old.

He has a series called Pokemon: Weird Facts and Trivia. He worked with Madison Square Garden to promote a Pokemon Symphonic Evolutions concert. He has also been a guest on several panels and he's done hosting work at video game conventions.

He was born in New York City and raised in The Bronx. His Instagram has featured several photos of his dog.

He has hung out with Reggie Fils-Aime, President of Nintendo in America. He has collaborated YouTubers such as Did You Know Gaming and Tamashii Hiroka.

Jimmy Whetzel Is A Member Of