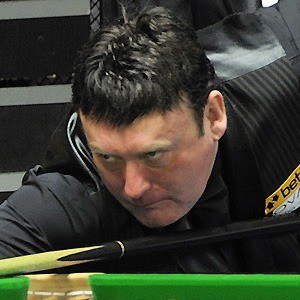 He became interested in snooker before his teens, often practicing at a local hall instead of attending school.

He was only the second player ever to achieve a maximum break at the World Championships, and the first one to do so left-handed.

He had five children with his wife Maureen White.

He and Steve Davis became two of the most celebrated snooker players of all time.

Jimmy White Is A Member Of