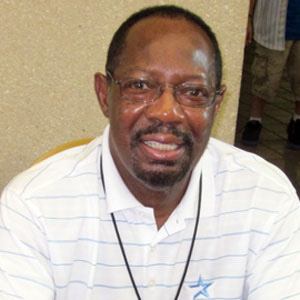 MLB outfielder who played for the Houston Astros for most of his career and was one of the stars during the franchise's early years.

He originally starred as a short stop in the minor leagues before switching to the outfield.

He helped the Los Angeles Dodgers win the National League pennant in 1974, his first year on the team.

He was born and raised in Hamilton, Ohio.

He had the most home runs in Houston Astros history before being passed by first baseman Jeff Bagwell.

Jimmy Wynn Is A Member Of