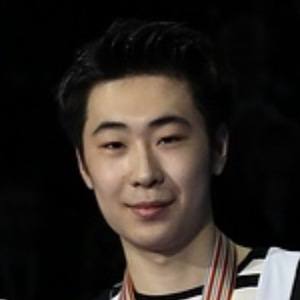 Figure skater who is widely considered one of the most technically-gifted skaters in the sport's history, becoming the first person to successfully land a number of tricks in competition, including the quad lutz-triple toe loop. He is a Four Continents champion and a multiple-time World bronze medalist.

He graduated from the Harbin Institute of Physical Education.

He is the first Chinese skater ever to medal in the men's singles at the World Figure Skating Championships.

His parents were long-distance runners.

He and Nathan Chen are both Four Continents champions in the men's singles.

Jin Boyang Is A Member Of