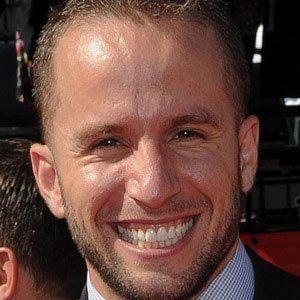 Puerto Rican NBA point guard who helped lead the Dallas Mavericks to an NBA Championship in 2011, then joined the Minnesota Timberwolves after the season. He rejoined the Mavericks in 2014 and in 2017, became a head coach for Indios de Mayaguez.

He became only the seventh Puerto Rican athlete to play in the NBA.

He had a son, Sebastian, with former Miss Universe 2006 Zulekya Rivera. In 2013, he began dating Miss Universe 2011 Viviana Ortiz. The couple welcomed a daughter in 2016 and married the same year.

He was teammates with Dirk Nowitzki on the Dallas Mavericks from 2006 to 2011.

JJ Barea Is A Member Of