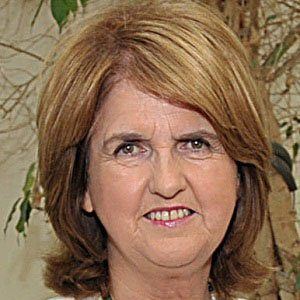 In 2014, this Labour Party leader and longtime member of the Teachta Dala (Irish legislature) took office as Ireland's Deputy Prime Minister (or Tanaiste). Previously, she had served as both Minister for Social Protection and Minister of State for Overseas Development Aid and Human Rights.

After studying business at University College Dublin, she taught at both the Dublin Institute of Technology and Tanzania's University of Dar es Salaam.

In the early 1990s, she briefly served as Minister of State for the Department of Social Welfare.

A native of Dublin, Ireland, she was raised in Inchicore by her adoptive parents. Her marriage to resulted in one child.

In 2014, she replaced Eamon Gilmore as leader of the Irish Labour Party.

Joan Burton Is A Member Of