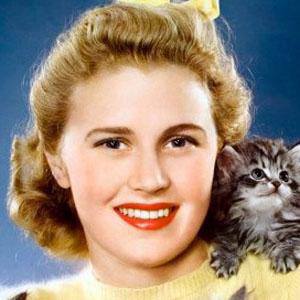 1940s television and film actress who became known for her roles in 1947's The Unsuspected and 1946's Blue Skies. Her television shows include The My Favorite Husband and Sally.

She attended Columbia University and found work as a fashion model.

She was awarded a Star on the Hollywood Walk of Fame for her contributions to television.

She co-starred in the 1951 film The Lady Says No with David Niven .

Joan Caulfield Is A Member Of