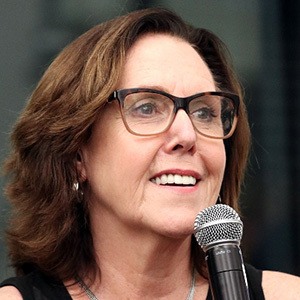 Political pundit and journalist who has gained fame as national affairs correspondent for The Nation magazine. She has contributed to CNN and MSNBC as a political analyst, and served as editor-in-chief for Salon Magazine.

She graduated with her BA from the University of Wisconsin.

She has been a regular contributor to Politics Nation and Hardball with Chris Matthews on MSNBC. She has also contributed to the Los Angeles Times, San Francisco Chronicle, and Washington Post.

She is divorced with one daughter named Nora.

She has appeared alongside Bill Maher on his HBO TV show Real Time with Bill Maher.

Joan Walsh Is A Member Of