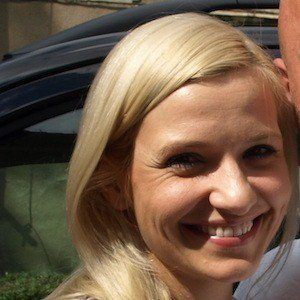 Actress who is best known for her longtime role as Malgorzata Mostowiak on the popular Polish drama series M Jak Milosc. She took third place on the third season of the celebrity dance competition Taniec z Gwiazdami alongside dance partner Robert Kochanek.

She graduated from the Warsaw School of Advertising and the National Film School in Łódź.

She is a popular choice for Polish dubs of American productions, having voiced characters in Herbie: Fully Loaded (2005), Hannah Montana: The Movie (2009) and more.

She married television presenter Maciej Dowbor in 2014. She has a daughter named Janina.

She began co-starring with Teresa Lipowska on M Jak Milosc in 2000.

Joanna Koroniewska Is A Member Of