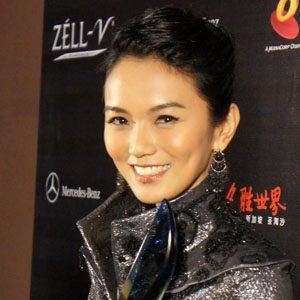 Singapore-based film star who won her second Best Actress honor for her 2012 film A Tale of 2 Cities.

She found the public spotlight by winning the Miss Singapore Universe 2002 pageant.

She started a relationship with actor Qi Yuwu in April 2013. The couple married in September of 2014 and welcomed a daughter in 2015.

She was in a relationship with Bobby Tonelli until the beginning of 2013.

Joanne Peh Is A Member Of