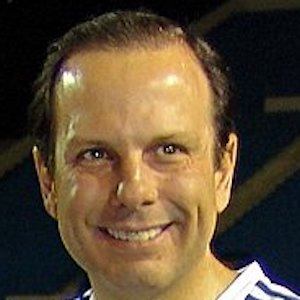 Politician who served as the 52nd Mayor of São Paulo, Brazil from January 2017 to April 2018. He is also known for having hosted the Brazilian version of The Apprentice.

Prior to his political career, he headed the tourism agency Embratur.

He married Bia Doria and has children named Carolina, Felipe and João.

He succeeded Fernando Haddad as the Mayor of São Paulo.

João Doria Is A Member Of