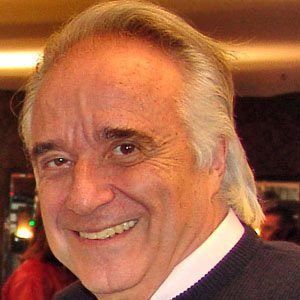 Internationally regarded classical musician known for his work with orchestras in Europe, Brazil, and the United States.

He was invited to perform in Puerto Rico's Casals Music Festival, one of the first Latin Americans to be given the honor.

He became a conductor after a variety of injuries to his skull, brain, and right arm sideswiped his concert career.

He was a child prodigy, and his family nurtured his talents. He began piano lessons when he was eight.

He garnered great acclaim for his mastery of Johann Sebastian Bach's repertoire and recorded a 20-CD set of the composer's complete keyboard works.

Joao Carlos Martins Is A Member Of