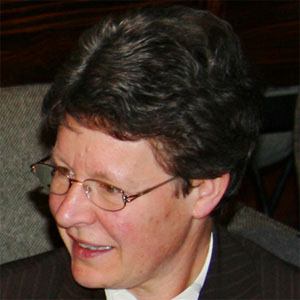 Irish astrophysicist who discovered the first radio pulsars and was President of the Royal Astronomical Society from 2002 until 2004.

She went to Lurgan College and was one of the first females allowed to study science there. She later graduated from the University of Glasgow with a Bachelor of Science degree in Natural Philosophy in 1965.

She was named one of the 100 most powerful women in the United Kingdom by BBC Radio's Woman's Hour in February 2013.

Her father worked as an architect and helped design the Armagh Planetarium.

Like her, Edward Sabine was also an Irish scientist.

Jocelyn Bell Burnell Is A Member Of