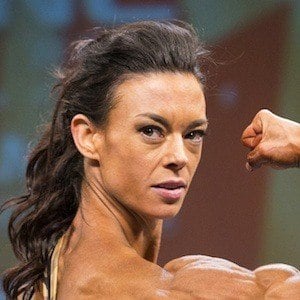 Multi-champion IFBB Fitness professional and three-time Olympian who earned her pro card at the 2010 CBBF Nationals. At the age of 23, she was Canada's youngest professional at the time.

She began doing competitive gymnastics at the age of 7 and made it to the Canadian National level by the age of 15.

Due to a severe injury, she had to retire from fitness in 2012. She then began a career in Women's Physique. She is also a competition prep and lifestyle coach.

She is from Hamilton, Ontario, Canada. She was admired her father for his fitness. She dated fellow fitness enthusiast Sean Doornbos.

She and Maria Diaz both became IFBB Fitness professionals.

Jodi Boam Is A Member Of