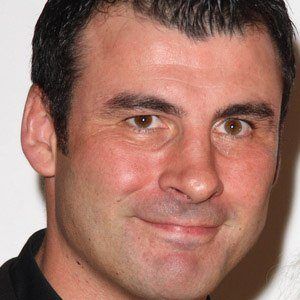 Former Welsh boxer who was a Ring Super Middleweight champion. He won all 46 of his professional bouts, 32 by way of knockout, and was inducted into the International Boxing Hall of Fame in 2014.

He began boxing at 9 years old.

He was voted BBC sports personality of the year in 2007.

He had two children with his wife Mandy M. Davies before separating.

He grew up as a fan of Sugar Ray Leonard and then joined Leonard as a member of the International Boxing Hall of Fame.

Joe Calzaghe Is A Member Of