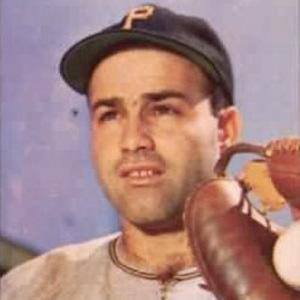 Former MLB catcher who became a broadcaster with NBC, appearing on numerous installments of The Today Show.

He won a World Series Championship in 1946, his first year in the major leagues, with the St. Louis Cardinals.

He had three children with Audrie Rose, and his son Joe Jr. went on to become GM of the Arizona Diamondbacks.

He played alongside Stan Musial on the Cardinals.

Joe Garagiola Is A Member Of