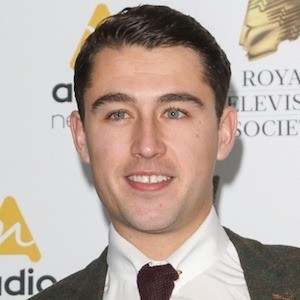 Famous for his role as Finn Barton on the popular British soap opera Emmerdale, he appeared in nearly 150 episodes of the series between December of 2013 and March of 2015.

Early in his acting career, he appeared in an episode of the television series Casualty.

By early 2015, he had close to ten thousand Twitter followers.

He and Michael Parr appeared together on Emmerdale.

Joe Gill Is A Member Of