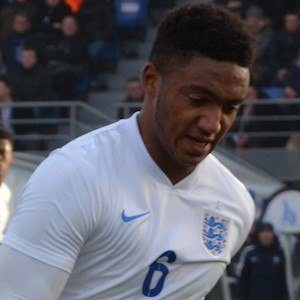 Soccer center and full back who is known for his time playing for the English Premier League club Liverpool. He was an integral member of the 2014 UEFA U-17 World Cup-winning English junior team.

He received his first call-up to the Charlton Athletic Academy's U-18 soccer club at age 13. He made his professional debut with the club's senior team in August 2014.

He signed with Liverpool in June 2015. He debuted for the team in August 2015, and provided a game-winning goal assist during his debut match.

He was born and raised in Catford, England. His father is of Gambian descent, while his mother is of English ancestry.

He has played alongside team captain Jordan Henderson as a member of Liverpool F.C.

Joe Gomez Is A Member Of