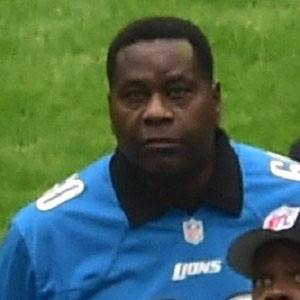 Three-time Pro Bowl defensive lineman nicknamed Bubba. He played 12 years in the NFL, predominantly for the Lions and Cardinals.

He played football at Colorado State University and was selected in the second round of the 1978 NFL Draft.

He was named the 1978 Defensive Rookie of the Year as a member of the Detroit Lions.

After his playing career was over, he settled down in Avon, Ohio with his family and started a restaurant called Bubba Q's: World Famous Bar-B-Q and Catering.

Five years after he left the Lions, the legendary Barry Sanders joined the team.

Al Baker Is A Member Of