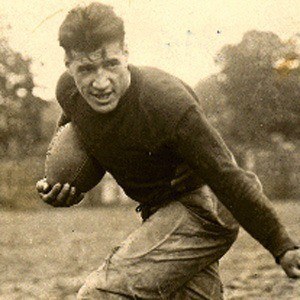 American Indian halfback who led the New York Giants to the 1927 NFL championship over the Bears with his game-winnning touchdown.

He was an All-American at Georgia Tech, part of their 1917 national championship team.

He also played professional baseball with the Louisville Colonels in the American Association, the highest league in the pre-major league days.

He was born a member of the Chippewa tribe on the White Earth Indian Reservation in White Earth, Minnesota.

He was teammates with another legendary Indian halfback, Jim Thorpe, on several NFL teams.

Joe Guyon Is A Member Of