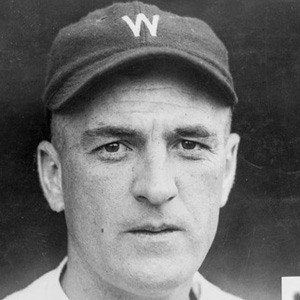 Gifted first baseman who helped the Washington Senators win their only World Series Championship in 1924.

He was discovered playing baseball in New York City by a postal worker.

He was considered small for his position but was still able to lead the American League in fielding five times.

His son Joseph went on to become a renowned writer for National Geographic.

He was able to preserve a no-hitter for teammate and Hall of Fame pitcher Walter Perry Johnson in 1920.

Joe Judge Is A Member Of