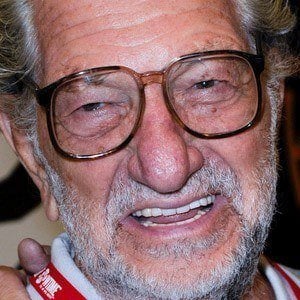 He attended Manhattan's High School of Music and Art with future collaborator Norman Maurer. They often cut class to pitch their work to various publishers.

He was born into a Jewish family who arrived in Brooklyn when he was only two months old. He had five children with his wife Muriel Lee.

He admired the work of Stan Lee.

Joe Kubert Is A Member Of