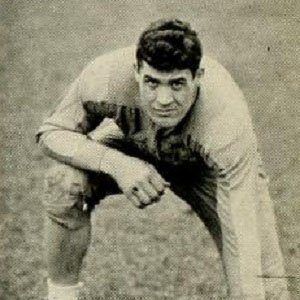 Pro Football Hall of Fame tackle was the first player picked by the Chicago Bears in the first NFL draft. He anchored the defense on their dynastic 1940s teams.

Despite earning All-Eastern Conference honors and playing in the College All-Star game, he was a surprise pick by the Bears, over several more well-known college stars.

Playing for the Bears during their Monsters of the Midway era, he was All-NFL five straight years and went to the championship game five times, winning three of them.

He grew up in Kaylor, Pennsylvania.

He played on the Chicago Bears under their manager and owner George Halas.

Joe Stydahar Is A Member Of