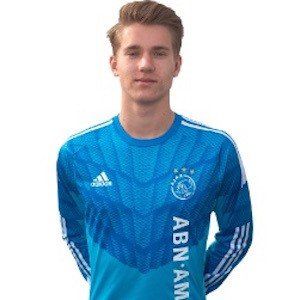 Goalkeeper for Ajax in the UEFA Youth League following in the footsteps of his father Edwin who played the same position for Ajax from 1990 to 1999.

He grew up in a soccer family.

He commented that he believed his father would be the goalkeeping coach for Ajax within five years of him covering the 2011–12 UEFA Champions League.

He is the son of Edwin van der Sar and Annemarie van Kesteren. He has a younger sister of about two years.

He and Dennis Bergkamp both came up in the Ajax youth program.

Joe van der Sar Is A Member Of