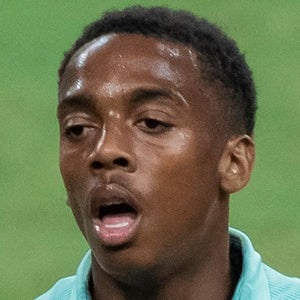 Midfielder who has gained fame for his career with Arsenal of the English Premier League. He helped the squad finish in second place at the UEFA Europa League in 2018-2019.

He played the entirety of his youth career with Arsenal's youth squad. He made his pro debut for the team in 2017.

He scored his first senior goal for Arsenal in November 2018 at the UEFA Europa League. He played for the England U20 club in 2018.

His two brothers Chris and Matty are also both pro soccer players.

He and Kieran Tierney have played as teammates for Arsenal in the English Premier League.

Joe Willock Is A Member Of