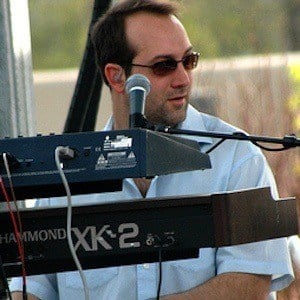 Progressive rock musician who rose to fame playing keyboards with the band Umphrey's McGee. He has performed at a number of the nation's leading concert venues including Red Rocks Amphitheater and Bonnaroo.

He was a member of the University of Notre Dame's marching band.

In 2001, he released a keyboard based album entitled Common Sense.

He married his wife Dasha Davis in 2010.

Both he and Brendan Bayliss performed with Umphrey's McGee.

Joel Cummins Is A Member Of